Last weekend our beach excursion plans fell through at the last moment so Liz and I woke up Saturday morning and decided to head out for the night.  We tossed a coin between a 7,ooo’ elevation forest two hours north or a desert several hours southeast.  After checking the weather forecast we decided to have L’s first trip to the Western Colorado Desert before the daytime temperature really heats up for the summer.

We didn’t leave until early afternoon, hit lots of traffic, and arrived at the ranger station two minutes before closing. We rushed in and ask the ranger where we could camp.  He looked at us, hesitated, and said “The Anza-Borrego State Park has 650,000 square acres.  Pick a place.”  So we did.  (There are a few rules about not making new roads and campfires but basically it’s wide open land with a lot of off-road trails).  We picked a road heading east toward the Salton Sea. Forty miles later the pavement ends.  Take a right up a flash flood wash toward sandstone canyons and that’s where we parked for the night.

Off season in the desert starts promptly at the end of Memorial Day weekend. The temperature is heating up and the tens of thousands of off-road enthusiasts have packed their toys away for the summer.  As we drove through the town of Borrego Springs CA at 5pm last Saturday it was a ghost town.  We saw two people.  Ocotillo Wells was boarded up.  By the time we arrived at Fish Creek Wash around 6:30pm we hadn’t seen another vehicle for a while.  There were a few college biology majors camping near us studying lizards and snakes.

Here’s proof we made the trip.

Dusk in Fish Creek Wash, outside of Ocotillo Wells, CA 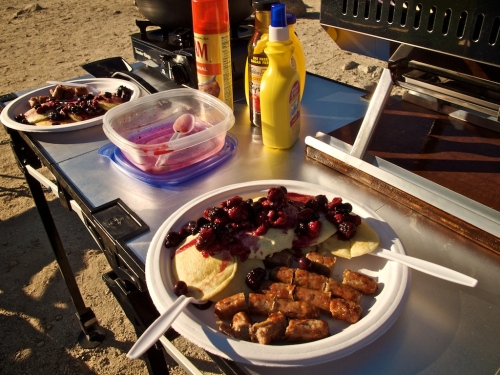 It turned out just fine 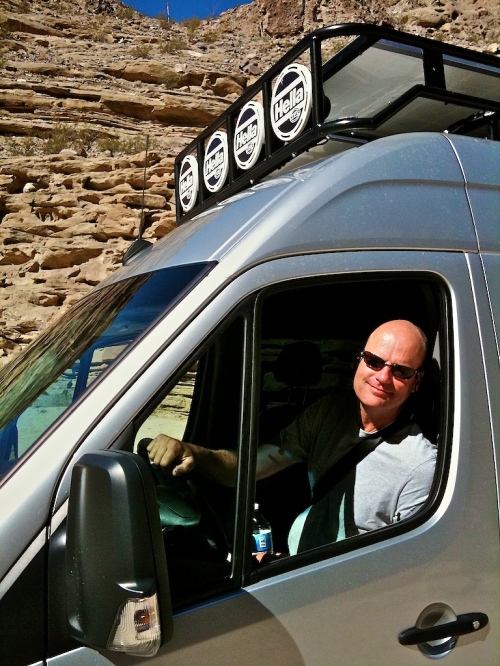 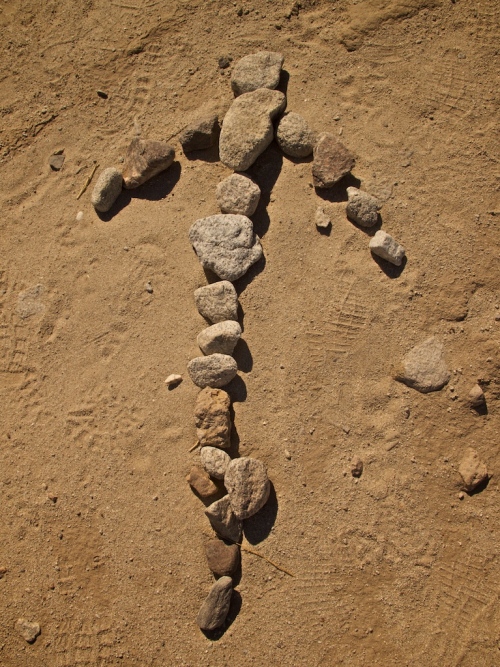 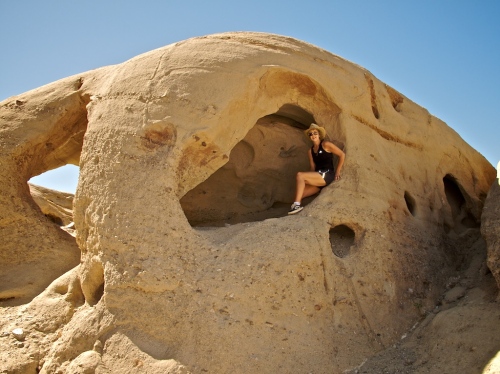 Wind Caves carved out by the sandstone yielding to relentless wind 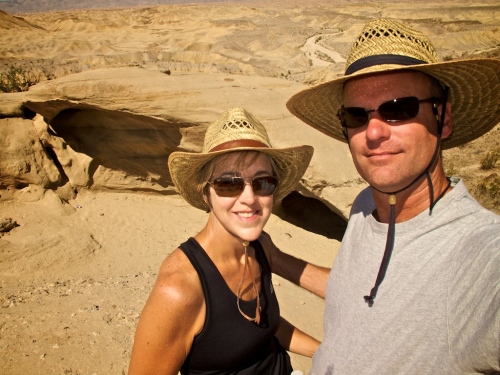 Two city folks out in the desert