After last weekend’s trawler trip to Catalina we decided to use the holiday weekend for our first excursion in the PAV (Pleasure Assault Vehicle).  Thanks to Shane for entrusting us with his 4th adventure vehicle (as he goes on to build his 5th) as we take to the highways once again.  After a late start and hours of 5pm LA traffic we were finally in the Sequoia National Forest.  We traveled the back country roads there for two days and then headed east to the Eastern Sierras. We thought we’d found all of the cold weather at 8,250 ft on Saturday in Whitney Portal at the base of Mt. Whitney.  Little did we know we’d find a snow storm at 9,200 feet on Sunday at Onion Valley.  It’s hard to believe that all of this wilderness is just a few hours outside the second most populated city in the US.  Here’s a few pictures to prove we had fun.

L At The Base Of A Giant Sequoia 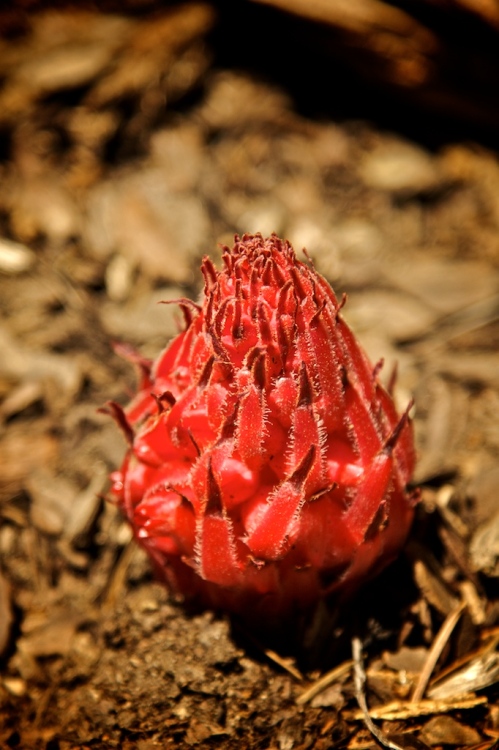 New Growth On The Trail Of 100 Giants

The PAV In The Alabama Hills 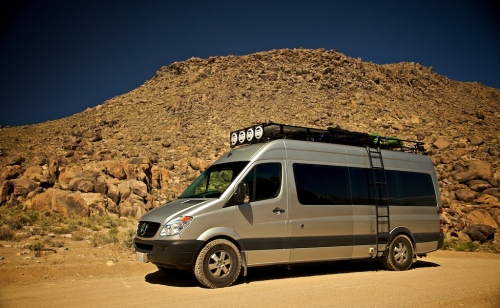 More Rocks In The Alabama Hills 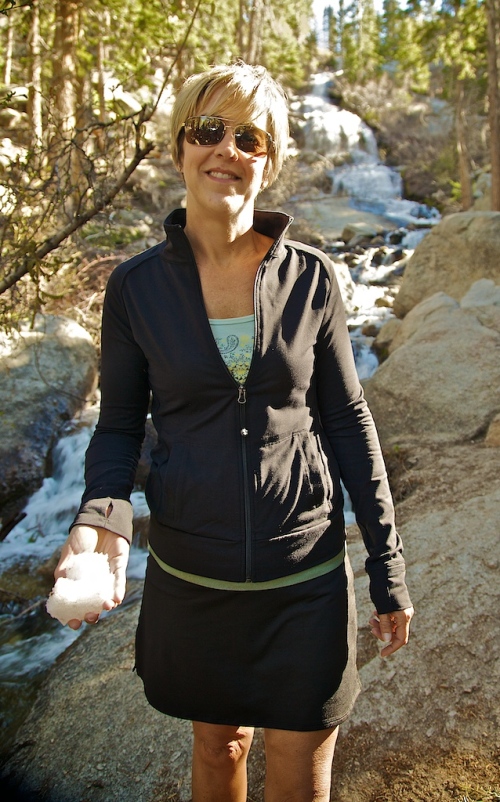 Still Some Snow On The Ground At Whitney Portal 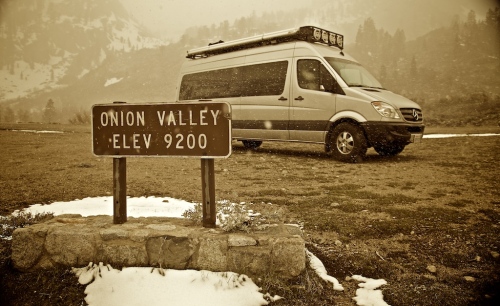 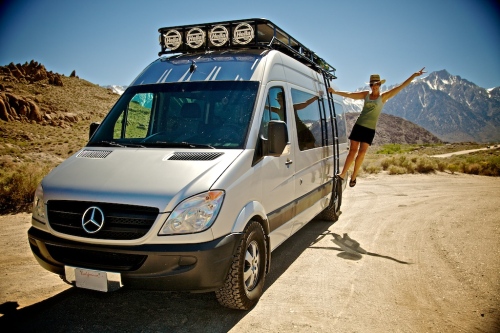 L, Climb Down Off The PAV!

9 responses to “Introducing the PAV”